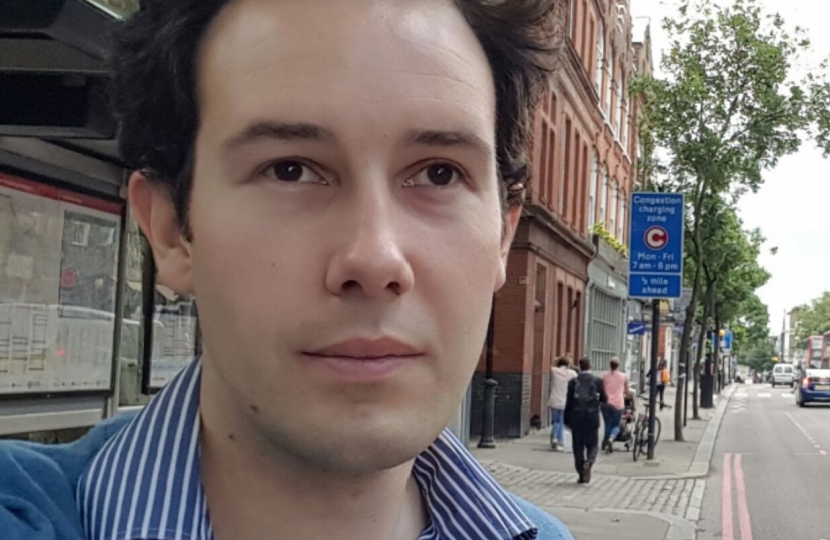 The Islington Conservative Federation has selected Edward Waldegrave as their candidate for the coming Barnsbury Ward by-election, which will be held on 14th July.

Edward is a 29 year-old barrister who lives with his fiancée in Barnsbury on Chapel Market. Having been active in Islington politics since 2009, he is keen to work hard for local people to raise the issues they care about, and to ensure that the Council’s overwhelming Labour majority is properly held to account.

Edward Waldegrave, Conservative Candidate for Barnsbury Ward, said: “It’s a two horse race in Barnsbury between Labour and the Conservatives, so if people want a strong independent voice to hold local councillors and the local authority to account I ask for their support. I’m passionate about Barnsbury and doing my best to give it the representation it deserves.”

He added: “With 47 out of 48 councillors on Islington Council being from the Labour Party, their actions suffer from a lack of scrutiny. Inevitably this leads to complacency and bad decision making. I aim to change that.”

The Islington Conservatives are the only real alternative to Labour across most wards in Islington South. Our candidates seek to hold Labour to account and help residents to raise issues that are being overlooked. A Conservative vote in Islington is the only way to ensure value for money and efficiency of service from the taxes we pay.