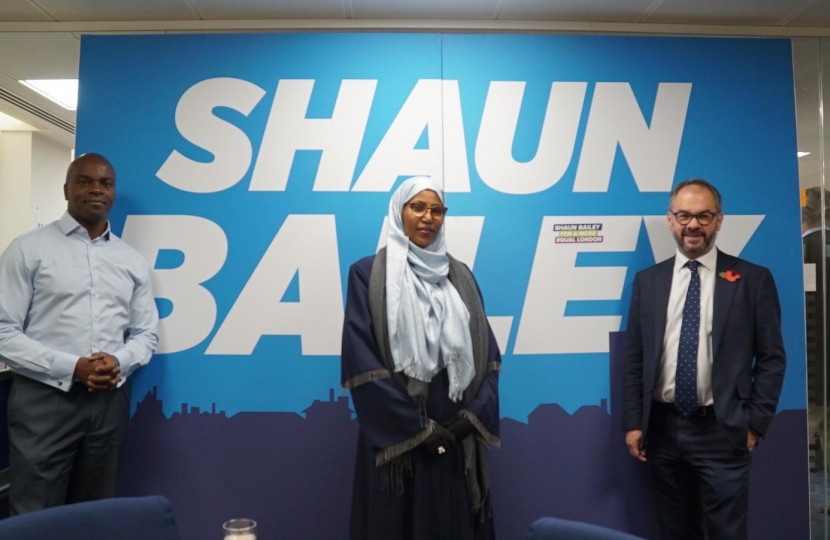 A former Labour mayor of Islington has defected to the Tories and is campaigning for the party’s mayoral candidate after being disappointed with Sadiq Khan’s handling of violent crime in London.

Islington councillor Rakhia Ismail, who was mayor of the London council last year, quit Labour in September alleging she had experienced racism within the party.

Ismail also voiced her concerns about Labour’s efforts in tackling violent crime at the local level.

Today Ismail announced she had joined the Conservatives and will campaign for Shaun Bailey in the May mayoral election.

The mayor of London’s plan to decrease violent crime in the capital is encapsulated in the Violent Reduction Unit, which was launched in 2018.

The unit aims to coordinate health, police and local government to reduce crime rates, while also remedying “the underlying causes of violent crime”.

In regards to Bailey’s new endorsement, a London Labour source said: “We will not take any lessons on tackling crime from the Tory Mayoral candidate who oversaw huge cuts to the Met police and youth services when he was the Downing Street crime adviser – and who is still refusing to ask his Tory mates in Government to refund the Met police for the cost of tackling Covid-19 which will mean yet more Tory austerity inflicted on our police.”

Our Plan for a Stronger Economy

Read about how our plan is tackling inflation and helping you with the cost of living.